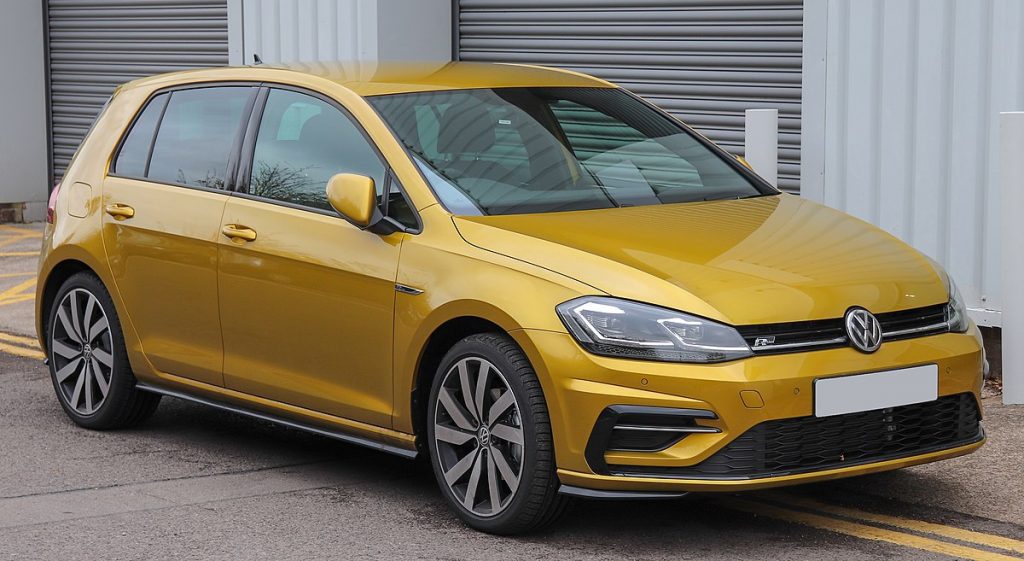 Germans are meticulous and practical people. Their every step is considered and has a good reason. And even if there is no obvious need for the movement, they manage to create the background and historical parallels to move towards the not-so-phantom goal: maintaining the status and reputation of a reliable and generally available car for the people. That’s why, on the day the VW Golf V was presented, there were Golfsburg signs at the entrance to Wolfsburg – the birthplace of Volkswagen – instead of the usual ones. The car turned out to be worthy.

The history of VW Golf

The popular Volkswagen Golf appeared in 1974. It was a small, front-wheel-drive utility car with a 1.1-litre engine with 50 hp. Later a diesel version (1.5-litre, 50 hp) was introduced. And the most powerful was the Golf GTI with a 1.6-litre, 110 hp engine. From the beginning, Golf customers were offered not only a manual gearbox, but also an automatic transmission.

In 1983 the second generation Golf debuted. The car became bigger, with modern features such as ABS, power steering, on-board computer, and in 1986 a Syncro version with all-wheel drive was introduced. “The supercharged Volkswagen Golf G60 was powered by a 1.8-litre 160 hp engine. A total of 6.4 million cars were produced.

The Volkswagen Golf III in 1991, with a completely new design, was available in hatchback, convertible and station wagon body styles. It was equipped with an engine of between 1.4 and 2.9 litres and between 60 and 190 hp. The sedan version was renamed Vento (the name remained unchanged in the US market: Jetta). Hatchbacks and station wagons were produced until 1997 and convertibles until 2001. In total, almost five million cars roll off the assembly line. The Golf III, building on the glory of the previous two generations, was the car from which the small mid-size C-Class was renamed the Golf-Class. It had a unique design, a more spacious interior and, above all, it no longer looked like a small, cheap car: it became a kind of fat car with timeless forms and calibrated proportions. The saloon distanced itself from the hatchback in this modification – technically the Vento was identical, but it looked almost nothing like the Golf – the lighting, the headlights, even the body proportions seem to be different.
The Golf III had a 6-cylinder engine for the first time in this class, which gave it more prestige not only outwardly, but also in terms of classification.

“The ‘fourth’ Golf, which went into production in 1997, was longer, more powerful and more comfortable, with a Passat-style interior and a wide range of optional extras. The range of engines was wide: turbodiesel, turbocharged petrol engine and direct injection petrol engine, among others. The most powerful was the Golf R32 (3.2-liter, 238 hp) with all-wheel drive and DSG preselective transmission.

In 2003, the fifth generation of the model went on sale. The car was available in hatchback and station wagon body styles, while the sedan version was renamed the Jetta. At the end of 2004, the Volkswagen Golf Plus hatchback with a different design was introduced. A total of 3.3 million vehicles were produced up to 2009.

The “sixth” Golf, launched in 2008, was actually a heavily modified car of the previous generation with a new design by Walter da Silva.

The engine range consisted of 1.4 and 1.6 naturally aspirated engines (80 and 102 hp respectively), 1.2, 1.4 and 1.8-liter turbocharged engines from the TSI series (105-160 hp) and 1.6 TDI and 2.0 TDI turbodiesels developing between 105 and 170 hp. The trucks could be equipped with either a ‘manual’ or a pre-selective robotised DSG transmission. For the US market, there was a Volkswagen Golf with a 2.5 five-cylinder petrol engine (172 hp), which could be equipped with a six-speed automatic transmission.

The Volkswagen Golf VII is the seventh generation of the world’s most popular and best-selling hatchback, produced by Volkswagen in Europe since the end of September 2012. The first information about the new generation appeared in July 2011, and was updated throughout the year. The finished version was announced in early September 2012, shown at the Paris Motor Show and sales of the seventh generation compact began immediately after its debut.